Cebu City ECQ Extend Until May 15 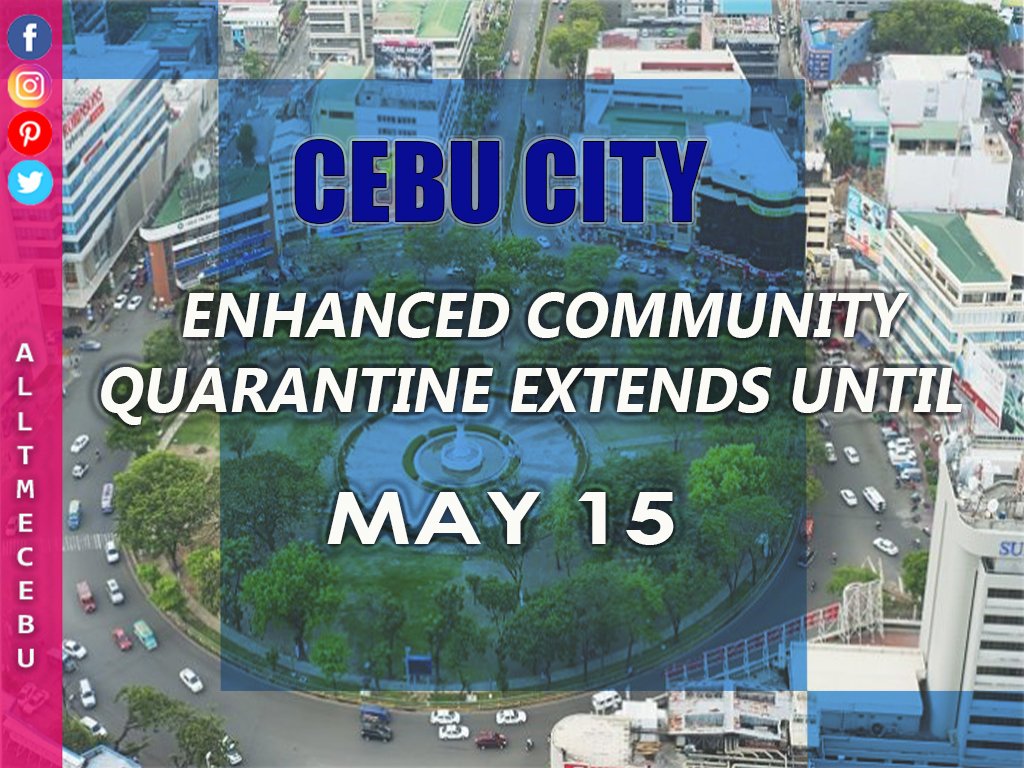 Cebu City Mayor Edgar Labella just announced and decided to extend the Enhanced Community Quarantine (ECQ) in Cebu City until May 15, 2020. This is due to the city’s still increasing number of individuals found positive of the novel coronavirus disease 2019 (COVID-19) despite the said quarantine.

This is also based on the recommendations of the health experts in the city as the COVID-19 cases continue to rise due to the city’s continued efforts in targeted mass testing of residents in the barangays where there are confirmed cases.

As per Mayor Labella, he will issue the executive order of the ECQ extension anytime next week. He added that his team will continue to closely monitor the city’s situation and should there be a significant decrease on the cases, he can and will immediately lift the ECQ.

The mayor appealed to the public to strictly observe quarantine protocols.

“I understand that the increasing numbers being reported is a cause of concern and worry for all of us. However, what the city government needs right now is the full cooperation of everyone as we continue to fight this invisible enemy."

As of April 22, 2020, there are one hundred forty-three (143) additional cases from Cebu City of which one hundred twenty-seven (127) are from BJMP Cebu City Jail while the sixteen (16) are residents of Cebu City. The total cases in the city are now at three hundred eleven (311). Lapu-Lapu City also has five (5) new cases bringing the total to eighteen (18) while Mandaue City cases remain at nine (9).

According to  Health spokesperson Ma. Rosario Vergeire, the Department of Health has recorded 6,710 cases of COVID-19 nationwide, with 693 recoveries and 446 deaths and this does not include yet the new recorded cases in Cebu City. 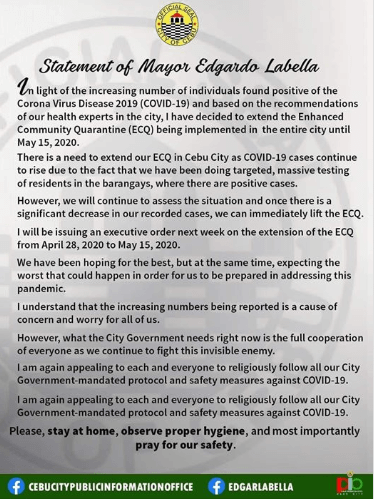